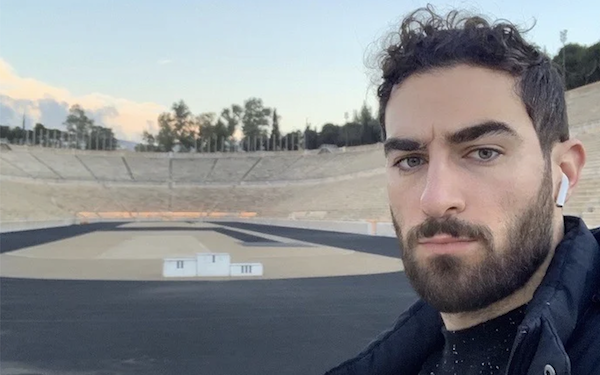 Who was the first person to win a major international soccer tournament while coaching a national team of a country not his own?

Hint: Along the way they upended Portugal (with Luis Figo and Cristiano Ronaldo), France (led by Zinedine Zidane) and the Czech Republic (Milan Baros).

Still not sure? The improbable champions had never previously won a match in a major tournament.

Oh, yeah: The coach did not speak the team’s language.

The coach was a German, Otto Rehhagel. The team was Greece. The tournament was the 2004 Euros.

Nearly 20 years later, movie audiences around the world are reliving that stunning summer. “King Otto” has earned rave reviews for its portrayal of those 300-to-1 underdogs, and its famed foreign coach.

“King Otto” tells the tale primarily through Rehhagel’s eyes. It was a labor of love for director Christopher André Marks, a Greek-American from California who played the sport in high school; follows the EPL, Serie A and MLS (but especially the Greek national team), and whose previous films included “Tiger Hood,” a 2015 ESPN “30 for 30” documentary on Tiger Woods.

During a South by Southwest question-and-answer session about that movie, someone asked why there were no good soccer films. Marks – still inspired by the Greek triumph – vowed to make one.

He headed to Athens, a city he’d visited but still felt foreign. He soon realized that – like Rehhagel – he would have to spend time figuring out the culture.

As with many documentaries, the process was long and painstaking. Filming the players took only a week. But working with archival footage stretched the project to nearly five years.

Film from the 2004 Euros was held by national bodies all over the continent – in all their native languages. Finding the best moments was time-consuming; so was translating the play-by-play. Then came licensing rights, again in a vast array of languages.

The 2004 Euros was the last major tournament filmed before high-definition became the norm. Marks and his crew had to make the footage “theatrical quality.”

Another issue: Rehhagel had insisted on “no cameras, no distractions” during the run-up to the matches. So very little background footage existed.

Marks’ original vision was to tell the story of an overlooked, underrated team succeeding against all odds – something like “Miracle on Ice,” about the U.S. Olympic men’s hockey team, or “Cool Runnings,” on the Jamaican bobsled squad. He envisioned a narrative-type trajectory, showing the Greeks’ match-by-match march to the title.

But as he filmed the man he still calls “Mr. Rehhagel,” because of the respect he engenders, the director found the coach so charming, and his work with the team so powerful, that he shifted focus. “He was an agent of change,” Marks says. “The players were very good. But no one had ever seen them in the light he did.”

It was a fortuitous decision. (It’s easier too, he notes, to focus on one person rather than 11 players.)

Still, as the director of a film about a soccer coach and his team, Marks knew he had to craft a story that would appeal to non-soccer fans. “King Otto” is ultimately about human beings, and cultures – not Greeks, and not sports.

The first theatrical release was in Australia. Greek-Australians showed up in full uniform, and cheered for goals as if they had not seen them as they happened 18 years earlier. But word spread, and – helped by excellent reviews in publications like The Guardian, Financial Times and The Australian (“a compelling drama,” “an Aesopian Fable,” “a beautiful, beautiful film”) – audiences grew rapidly.

The U.S. was similar. After theatrical release last month, it became available on digital platforms like Amazon Prime and YouTube. On its first weekend, “King Otto” landed in Apple TV’s Top Ten.

“I’ve always viewed this team like Forrest Gump,” Marks says. “They were constantly in the background, with no one noticing them.”

“King Otto” will not be the global blockbuster that “Forrest Gump” was. Few films are.

But – like the coach and team it chronicles – this soccer-and-culture movie succeeds against surprising odds. 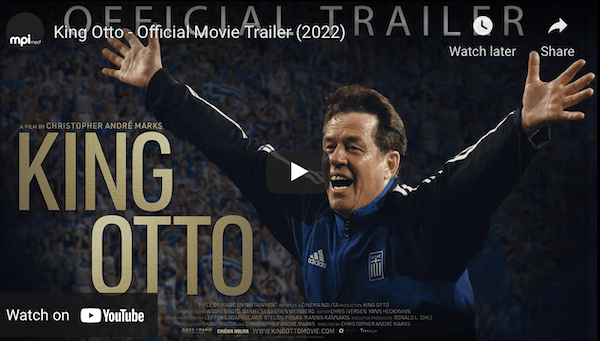