Mirella Ceja-Orozco on what coaches with immigrant players should know

Mirella Ceja-Orozco  is an immigration attorney at Ojala-Barbour Law Firm PLLC in St. Paul, Minnesota, the Chair of the Minnesota State Bar Immigration Division, and Adjunct Professor at the University of Minnesota School of Law. On Saturday at the United Soccer Coaches Convention in Baltimore, Ceja-Orozco hosts the session, Beyond Coaching: Understanding How Current Immigration Policy Affects Players Off the Field.* 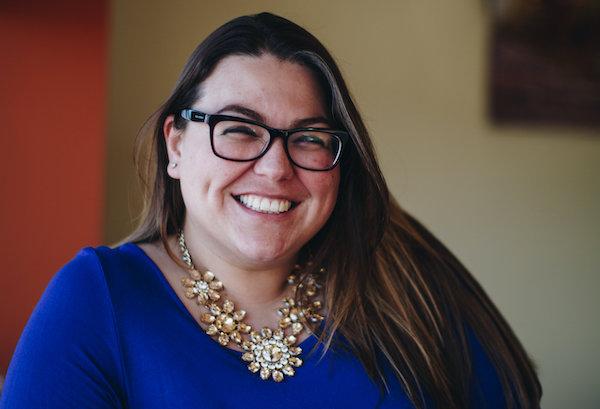 SOCCER AMERICA: How has your immigration legal work overlapped with soccer?

MIRELLA CEJA-OROZCO: Over the years, I’ve gotten the opportunity to work with players and coaches in obtaining a variety of immigration-based statuses in the U.S., including athletic visas and Green Cards. I’ve also had the opportunity to work with players entering the MLS Draft as DACA [Deferred Action for Childhood Arrivals] recipients. More recently I’ve worked with a number of players and coaches overcoming the difficulties of family separation and deportation defense.

Some examples include working with coaches eligible for Green Cards based on their exceptional abilities as coaches and professional athletes. I’ve worked with soccer coaches handling Title IX issues around the country. I also assisted a number of high school players in need of travel permits in order to travel for international soccer tournaments.

SA: Obviously because soccer is a global sport hugely among popular in countries from which most recent immigrants hail, coaches are likely have immigrant players on their team. What are some scenarios in which coaches should be familiar with immigrant rights?

MIRELLA CEJA-OROZCO: Unfortunately, I’ve recently handled phone calls from coaches inquiring as to the family of their players, as that often has a direct impact on the player and their ability to continue playing. Coaches wanting to know what they can do to assist the family, in part to ensure that the player may continue serving as an integral part of the team.

I’ve even received calls from coaches after ICE agents showed up to practices/games looking for individuals associated with their respective team.

In both situations, I was able to walk coaches through their rights and limitations in these situations.

I think it’s really important for coaches, especially those who become more than just a coach for their players, to know what the rights of their players are in the event that they are ever in an unexpected encounter with immigration officers as well as what steps they can take as individuals to assist in these high-stress situations. I think coaches should also familiarize themselves with ways in which they can protect their players while also learning about some of the things they should refrain from doing because of the possible negative consequences that we might not think of. Knowing about what types of documents your players are traveling with is an easy thing to keep in mind, especially as the REAL ID laws go into effect later this year.

SA: How common do you think it is for DACA kids to be involved in soccer?

Also, keep in mind that there may be parents of youth players who are DACA recipients. They may be the ones registering, transporting, and supporting youth players on your team, which may at some point impact your player’s ability to continue playing should DACA be canceled.

SA: What are the key things coaches should know about DACA?

MIRELLA CEJA-OROZCO: The future of DACA is currently in the hands of the U.S. Supreme Court. A ruling is expected on the continued existence of this program this summer, as the current administration canceled the program in 2017. The outcome could have devastating consequences for players who are recipients of status under the executive order.

Coaches should know that DACA is not a permanent status, meaning that if this program ends, those who hold work authorization or driver’s licenses under this temporary status will lose that and be placed into deportation proceedings. DACA recipients are not eligible for most FAFSA-based financial aid so coaches and recruiters need to keep that in mind when considering financial aid packages they are offering to players. DACA recipients are also no longer allowed to travel outside of the USA (unless it’s to certain U.S. territories such as Puerto Rico) so coaches should be mindful when planning international games or registering for tournaments abroad.

SA: What should coaches should know if they have players with refugee or asylum status on their teams? And could you explain the difference?

MIRELLA CEJA-OROZCO: Refugees are people who come to the U.S. from a place where they escaped some form of harm or violence. They are designated a refugee by the United Nations prior to entering the U.S. An asylee is someone who seeks protection from harm or violence in the U.S. upon arrival or after they have already entered the U.S. but fear returning to their home country.

While coaches are usually there to serve as sports educators and trainers, it often is a coach who becomes the quasi-therapist and mentor as well. Knowing what players are going through often times becomes a big part of team strategy. That being said, coaches who find out that a player may be a refugee or asylee could be very important as they may be dealing with things such PTSD or anxiety. However, because they are not mental health professionals, it is not something anyone expects them to diagnose or handle. It’s more about just being an outlet or support for the player or assisting them finding resources they may need.

SA: What would you recommend a coach do if they believe a player on their team is undocumented? Do undocumented kids have any rights?

MIRELLA CEJA-OROZCO: I honestly think that it’s up to coaches as individuals how much or little they want to get involved. As long as the player is eligible to play in the league or on the team for which they are registered, their immigration status should not matter. All people have certain rights under the U.S. constitution regardless of their status. Coaches should be familiar with that should they ever encounter a situation where invoking those rights becomes necessary. Picking up a KNOW YOUR RIGHTS pamphlet may be all they need in order to protect their players’ interests should there be a need. Having something like updated contact information for multiple family members is also something really easy to obtain and very useful in emergency situations.

MIRELLA CEJA-OROZCO: Thank you for giving me this platform. It’s truly an honor to offer information or general advice about how people can protect themselves and their teams. However, please know that this is general information and meant to be informative. Should a coach or player encounter these issues, it is always best to consult an immigration attorney as case-specific things may make all the difference in the advice given. And as always, I’m always happy to answer questions or answer emails with concerns.

youth
5 comments about "Mirella Ceja-Orozco on what coaches with immigrant players should know".
Read more comments >
Next story loading