A ref's view on managing dissent 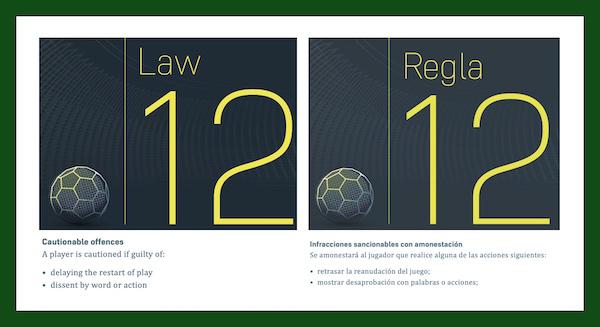 I’m going to write something that many refs might disagree with: I believe it’s important to let the players and coaches have their say regarding your decisions. They feel that you are respecting them when you allow them to very briefly vent. But then we must move on.

One way to move on is get play restarted quickly as teams will concentrate on following the ball instead of dissenting.

Yet any dissent cannot be a running commentary on the officiating. Allowing players and coaches to criticize every call contributes to an atmosphere in which players begin to focus on what the ref is calling (or not), which leads to more vocal dissent and more robust challenges. Not allowing running commentary removes an important item that builds negative pressure during the match.

While it’s important to let players and coaches briefly have their say, the dissent also needs to be fair. Should a team disagree with a decision at midfield that led to a goal, there probably was more of an issue with the squad’s defending than the officiating decision. Trying to continually bring up that decision is the running commentary that cannot be allowed.

Another item regarding dissent is most but not every penalty kick is scored. Yet teams think that if you missed whistling a PK, you have robbed them out of a goal.

In game management, dissent can be different when coming from the player and coach. With players, they are on the field and often it’s not heard by anybody except those around an official. Coaches are obviously on the touchline and if they are dissenting to the ref, he or she is often in the middle of the field 30 yards away so everybody can hear that dissent. So for this reason, I tend to clamp down more on coach’s dissent than a player’s dissent.

Under the old rules, players could be cautioned for dissent but coaches could not but that changed two years ago, a good change. Under the previous guidance of “Ask,” “Tell” and “Dismiss” regarding coach’s dissent, think of “Ask” as verbal warning, “Tell” as yellow card and “Dismiss” is a red card.

Why I like the carding of coaches is I could picture a scenario in youth soccer where “Ask” and “Tell” were different things to the ref and coach while there is no way to misinterpret a yellow card.

Yet the ref does not go through this protocol should the coach curse at an officiating decision as this is much more than dissent and a red card for abusive language instead.

Another recent rule change occurs when the ref cannot identify which coach needs to be sanctioned, which happens on occasion, the head coach will receive the yellow or red card as they are responsible for the behavior of the bench. This is another change that I like as the officials are concentrating on what is happening on the field, so we often do not know who on the bench said something stupid. While it was not being sanctioned if we did not know, now the card goes to the head coach.

To face the crisis of its heading problem, soccer must consider changing its rules. A ban on long goal kicks is an obvious option by Paul Gardner

Yet again -- another protocol farce, this one from Leeds by Paul Gardner 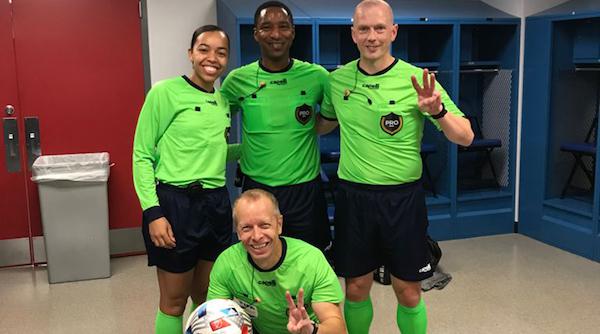