MLS clubs get ready to deal -- what the roster moves mean

The bigger MLS salary budgets get, the greater the incentive is for teams in need of a makeover to blow up their roster.

Rebuilding teams should have even more Targeted Allocation Money to spend in 2018, but they still need to find space to cover the maximum salary charge, which will be  $504,375 in 2018.

With that in mind, teams like the LA Galaxy, New England, Orlando City and Philadelphia created lots of room to maneuver by lopping off high-end salaries or making wholesale cuts.

MLS clubs hold the cards. The big difference between MLS clubs and clubs in big leagues aboard is how few MLS players have guaranteed contracts. They may have long-term contracts, but they are generally loaded with options -- club options.

As more and more foreign players are brought in with TAM money, though, they are usually able to secure guaranteed contracts, So you'll see a few busts in 2017 still under contract for 2018. Cases in point: Vadim Demidov at Minnesota United and Jay Simpson at Philadelphia.

Several clubs played it close to the vest in terms of making long-term commitments. New England Revolution had only five players on guaranteed contracts for 2018. The LA Galaxy had eight.

The Galaxy currently has only 13 players under contract for 2018 -- it did not exercise the options on any of its three goalkeepers -- while the Revs have only 14. At the other end of the spectrum, Portland and Sporting KC have 25 players contracted for 2018. 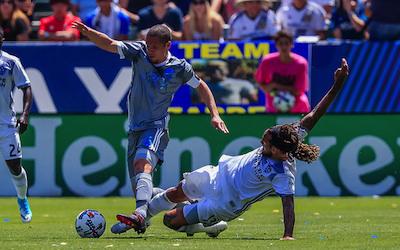 Beckerman and Rimando, both free agents, are the most likely to return to their club. Rimando is 38 and Beckerman is 35 and will likely need to accept reduced salaries, but they remain influential on what is otherwise a very young but promising RSL team.

Both Onyewu and Jones are 36. Onyewu, who had not played in two years, was actually a bright spot for the Union, but he'll unlikely return to the Union even with the minimum salary he was listed as making in 2017. Jones has played for three different teams in three seasons, the last of which was the miserable Galaxy.

DPs cut loose. MLS clubs roll the dice when they shell out DP money as they are usually stuck with guaranteed contracts, at least for two or three years.

Several DPs were among the players whose options weren't picked up: Xavier Kouassi at New England, Gonzalo Veron on the Red Bulls and Matias Laba with the Whitecaps. 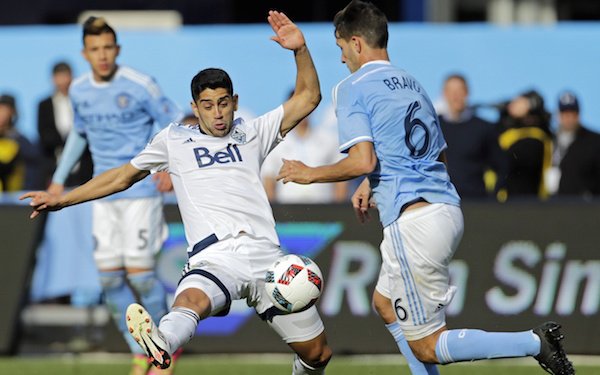 Kouassi was signed as Jones' replacement in 2016 but injured his knee one week after the Revs announced his signing and never panned out. Veron never played as much as a 1,000 minutes in his three seasons with the Red Bulls and will need to take a pay cut if he wants to return in 2018.

The player most likely to return is Laba, whose season ended in August when he suffered a torn ACL. Whitecaps coach Carl Robinson said on Monday the club continued to talk with him about a new contract.