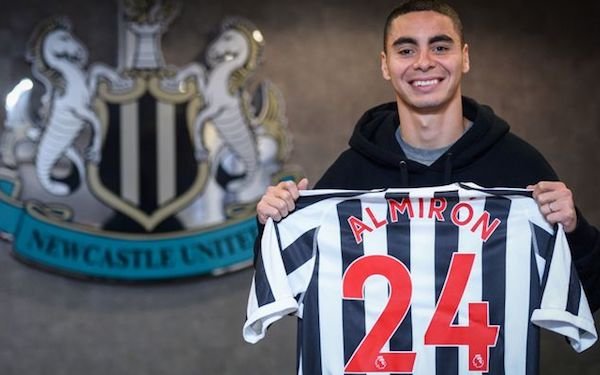 MLS has striven to become a "selling league," a home for young players seeking to use the league as a stepping stone for a move to a bigger league, and 2019 activity suggests it is finally making some modest strides in that regard.

FIFA has come out with its annual report of transfer activity, including fees paid, from its International Transfer Matching System, the online system that registers all international transfers of male and female players.

It shows that in 2019 U.S. men's clubs received $59.5 million in transfer payments, triple the previous year. When you add in payments to Canadian clubs of $30.4 million, the combined payments of almost $90 million would rank MLS (and the USL) in 12th place in the world in 2019.

The U.S. and Canadian payments were boosted by transactions involving Miguel Almiron and Alphonso Davies for fees reported to be a minimum of $24 million and $13.5 million, respectively. In all, there were 13 moves from MLS clubs to foreign clubs that involved a transfer fee in 2019.

So far in 2020, there have been seven transfers. They have likely produced more modest payments, however, totaling about $5 million. MLS clubs have targeted young South Americans but so far none of them has been transferred this year. Activity will likely pick up in the summer.

MLS clubs have always faced a dilemma in entering the player market. Most activity takes place in the summer -- in the middle of the MLS season -- when clubs are forced to break up their teams if they want to get the highest fees for their players. Winter transfers make more sense from a team management perspective, but many European clubs don't participate on the winter market.

U.S. clubs spent in excess of $100 million on players for the second year in a row in 2019. That spending should increase in 2020. At least seven non-expansion side are believed to have already broken their club-record transfer fee this offseason: Sporting KC, Vancouver, San Jose, Columbus, FC Cincinnati and the LA Galaxy.

Other highlights from the FIFA reports for 2019:

-- Almost 18 percent of all outgoing women's transfers involved a player from a U.S. club, 147 in all, almost triple the next highest number of outgoing transfers.

The use of the International Transfer Matching System only became mandatory for women’s transfers in 2018. Spending on the women's side increased more than 16 percent in 2019 to $652,032.