World Cup Retro 1982: Five names to have at your fingertips

Here are five names to have at your fingertips about the 12th World Cup, hosted by Spain and won by Italy. 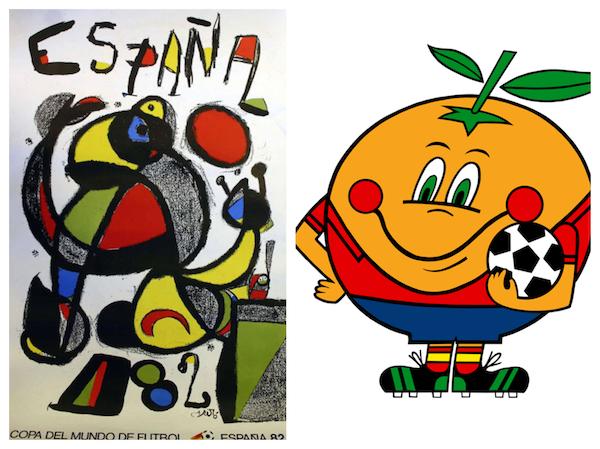 Armando Betancourt. Despite its success at the club level, Spain had underachieved at the World Cup. But even hosting the tournament -- which had been expanded from 16 to 24 teams -- didn’t bring better fortune. The Spaniards opened against Honduras, which represented Concacaf with El Salvador while Mexico and the USA stayed home. Spearheaded by center forward Armando Betancourt, the 1981 Hermann Trophy winner at Indiana University, Honduras took a 1-0 led and Spain needed a penalty kick for a 1-1 tie. Honduras also tied Northern Ireland but exited because of a 1-0 loss to Yugoslavia while Spain squeaked into the second round despite losing to Northern Ireland. The host fell short of the final four by tying England and losing to West Germany in the second group stage.

Skeikh Fahad. When France scored against Kuwait, the Kuwaiti players pleaded that they had stopped defending after hearing a whistle. It had come from the stands, and not from Ukrainian referee Miroslav Stupar. As they protested, Sheikh Fahad Al-Ahmad Al-Sabah, the brother of Kuwait’s emir and its soccer federation president, climbed down from the stands and entered the field to protest. Amazingly, Stupar annulled the goal, but France still won, 4-1. (Sheikh Fahad, then a FIFA vice president, was one of the first people killed when Iraq invaded Kuwait in August 1990.)

Non-aggression Pact of Gijon. When West Germany, a 2-1 loser to Algeria in its opener, faced neighbor Austria in their final group game, a 1-0 German win would see both the Germans and the Austrians through to the second round at Algeria’s expense. After Germany went ahead in the 10th minute, the two teams spent the rest of the game hardly trying score or even compete. The crowd of 40,000 jeered, chanted “Algeria, Algeria,” and a German fan was seen burning a German flag in disgust. Since then, FIFA schedules final group games at the same time to prevent collusion.

Seville. Spain spread the 52 games out in 13 cities, including the Andalusian capital of Seville, the site of the highly dramatic and controversial France-West Germany semifinal. The Michel Platini-led French played such entertaining soccer they were hailed as the Brazilians of Europe. But the Germans took the lead through Pierre Littbarski before Platini equalized. Ten minutes into the second half, German goalkeeper Toni Schumacher charged out of his goal and flattened Patrick Battiston. German forward Karl-Heinz Rummenigge would later say, “I thought he was dead.” Battiston was stretchered off the field, but Dutch ref Charles Corver didn’t even call a foul. The French went up 3-1 in overtime but the Germans tied it with up within eight minutes of the final whistle to force the first penalty-kick shootout in World Cup history. The Germans prevailed -- thanks to two saves by Schumacher, the man who should have been red-carded.

Paolo Rossi. Italy managed to reach the second round without winning a game while scoring only two goals in three ties. It then -- aided by the lax refereeing that plagued the tournament -- defeated Argentina, 2-1, as Claudio Gentile beat up on Diego Maradona. The Azzurri booked a semifinal spot with a 3-2 victory over Brazil, the greatest Selecao – with Zico, Socrates and Falcao – not to lift the title. Paolo Rossi, whose two-year suspension for his part in a game-fixing scandal ended two months before the World Cup, scored a hat trick against Brazil. Rossi, who had scored twice in the semifinal against Poland, scored again in Italy’s 3-1 win over the Germans in the final. Italy’s captain and goalkeeper, Dino Zoff, at age 40, became the oldest player to win a World Cup as Italy joined Brazil as three-time winners.